Marcelo Dascal (b. 1940 in São Paulo) is a Brazillian-born Israeli philosopher and linguist. Dascal is a professor of philosophy at Tel Aviv University, where he has taught since 1967.

Marcelo Dascal is a graduate of philosophy and electrical engineering from the University of São Paulo, Brazil. He studied linguistics and epistemology in Aix-en- Provence (France) and obtained his Ph.D. at the Hebrew University of Jerusalem, under the supervision of Yehoshua Bar-Hillel. In Israel, he taught at the Hebrew University of Jerusalem and Ben-Gurion University of the Negev, where he was the founder and first head of the Department of Philosophy. Abroad, he taught at the University of São Paulo, Brasília, Campinas and Unisinos (Brazil), Lisboa (Portugal), Lugano (Switzerland), Massachusetts (Amherst), California (Berkeley), Monash (Melbourne, Australia), UNAM and UAM (Mexico), Ecole des Hautes Etudes en Sciences Sociales (Paris), Université de la Sorbonne Nouvelle (Paris III), Università degli Studi di Bologna (Italy), and others. Dascal devotes much of his energy to teaching, intent on contributing to the formation of the coming generation of high quality teachers and researchers. In addition to his undergraduate teaching, he has supervised thirteen completed Ph.D. dissertations.

He lectured and attended scientific meetings throughout the world, being invited as keynote speaker in many of them. He is currently a member of the board of many scientific associations and journals. He is President of the New Israeli Philosophical Association and of the International Association for the Study of Controversies. He has held research positions at the universities of Indiana, Stuttgart, Bochum, Technische Univ. Berlin, UNED (Madrid) and the Centre d’Etudes de la Philosophie Moderne (CNRS, Paris), and conducted research on the pragmatics of native languages in the Amazon area. In 1985-1986 he was a Fellow of the Netherlands Institute of Advanced Studies (Wassenaar) and in 1994-1995 he was a Fellow of the Institute for Advanced Studies, The Hebrew University of Jerusalem. In the winter term of 2002/3, he was granted the Leibniz Professorship at the Institute for Advanced Studies of Leipzig University (Germany), where he was the first Leibniz scholar to hold this position.

In 1995/6 Dascal coordinated in Jerusalem an international research project called “Leibniz the Polemicist”. The project sought to develop a new understanding of the importance of debate in shaping knowledge. It was inspired in Leibniz’s eclectic and pluralistic approach, according to which knowledge arises out of the synthesis of the “grains of truth” present in every doctrine, a synthesis that is to be achieved through rational controversy governed by a notion of rationality not reducible to logical deduction and yet not arbitrary. One of the results of this project was the creation of the International Association for the Study of Controversies (IASC, read I ASK).

Another result was a joint German-Israeli research project on the evolution of scientific, philosophical and theological controversies in the 17th and 18th centuries. This project received a three year grant (1999–2001) from the German-Israeli Foundation. It was conducted by a team of ten Israeli and German Post-Doctoral and Doctoral researchers, and published four reports.

Dascal has published several articles on the topic, and co-founded (along with Gerd Fritz) a new book series called “Controversies”, whose first three volumes were published in 2005.

Dascal is a renowned Leibniz scholar. He has published La Sémiologie de Leibniz (Paris, 1978), Leibniz: Language, Signs and Thought (Amsterdam, 1987), and has co-edited Leibniz and Adam (Tel Aviv, 1991) which was selected by the Leibniz Gesellschaft as a special gift for its members. He published many articles on Leibniz, his contemporaries, and his influence. Dascal is co-founder of the Israel Leibniz Association (in Hebrew: Agudat Leibniz Israel) and a member of the Leibniz Association of America and of the Leibniz Gesellschaft.

In his earlier work, Dascal focused mainly on Leibniz’s philosophy of language, and established the now accepted view that natural languages and other semiotic systems play, for Leibniz, a crucial role in our mental life, and therefore cannot be overlooked in understanding his epistemology. In his recent work, Dascal has been emphasizing the fact that, alongside Leibniz’s well known and advertised idea of a formal semiotic system, the “Universal Characteristic”, which would be the ideal tool for human cognition, based on a strictly deductive or “calculation” model of rationality, Leibniz was also concerned with those aspects of rational thought and action which were not accountable for in terms of such a model. Accordingly, he developed a model of what came to be known later as “soft” rationality. Dascal has conducted intensive research on this rather underestimated aspect of Leibniz’s rationalism.

In the philosophy of language, Dascal’s work focuses on the theory of language use, i.e., pragmatics. He has contributed both to sociopragmatics and to psychopragmatics (a concept he created)[citation needed], as well as securing a proper philosophical foundation for these two branches and for their distinction from other components of a theory of meaning. His contributions to the cognitive sciences are closely related with his work on the mental use of language.

He has published Pragmatics and the Philosophy of Mind (Amsterdam, 1983), and has edited the relevant volume of the Enciclopedia IberoAmericana de Filosofia, (Madrid, 1999) and Misunderstanding (a special issue of the Journal of Pragmatics, 1999). He has also co-edited the trilingual, two volume, two-thousand page Philosophy of Language: A Handbook of Contemporary Research (Berlin, 1992, 1995), and, more recently; Negotiation and Power in Dialogic Interaction. A Portuguese translation of his book Interpretation and Understanding (2003) was published in 2006.

In order to foster the study of the relationship between the use of language (and other semiotic systems) and cognition (and other kinds of mental life) Dascal founded and edits the interdisciplinary journal Pragmatics & Cognition (Amsterdam). Since 2005, the journal publishes an annual Special Issue devoted to Cognition & Technology.

Fernando Gil, a founding member of IASC, who organized one of its workshops in Paris and participated in several others, passed away. Fernando was one of the first contemporary thinkers to highlight the epistemological importance of controversies. He in fact organized in Evora, Portugal, in December 1985, what was perhaps the first international conference devoted to controversies, under the title “Controvérsias Científicas e Filosóficas”, whose proceedings he edited in 1990 (Lisboa Editora Fragmentos). IASC follows Fernando’s insight, and we pay homage to his intellectual legacy in this respect.

****
Eduardo Rabossi, founder and chair for many years of the Sociedad Argentina de Analisis Filosófico (SADAF), as well as founder and editor for many years of Analisis, SADAF’s prestigious journal, passed away. He was a member of IASC, who always accorded fundamental importance to controversy and critique as the basic tools of intellectual progress, in theory, in practice, and in his activities for the restoration of democracy and justice in Argentina. 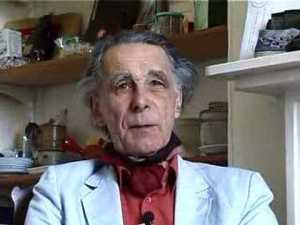 Sir Geoffrey Lloyd was born in Swansea, and raised in London and Wales. His father, a Welsh physician, specialized in tuberculosis. After a nomadic early education in six different schools, he obtained a scholarship to Charterhouse, where, despite an indifferent academic culture, he excelled in mathematics, and learned Italian from Wilfrid Noyce. The curriculum was biased to classics, which he was advised, misleadingly in his later view, to pursue. On obtaining another scholarship to King’s College, Cambridge he came under the influence of the pre-Socratics specialist John Raven. He spent a year in Athens (1954-1955) where, apart from learning modern Greek, he also mastered the bouzouki.

A keen interest in anthropology informed his reading of ancient Greek philosophy, and his doctoral studies, conducted under the supervision of Geoffrey Kirk, focused on patterns of Polarity and Analogy in Greek thought, a thesis which, revised, was eventually published in 1966. He was called up for National Service in 1958. On 14 March 1959, following training, he was commissioned as a second lieutenant in the British Army’s Intelligence Corps. He was given the service number 460084.[2] He was posted to Cyprus after the EOKA insurgency. On his return to Cambridge in 1960, a chance conversation with Edmund Leach stimulated him to read deeply in the emerging approach of structural anthropology being formulated by Claude Lévi-Strauss. In 1965, thanks to the support of Moses Finley, he was appointed to an assistant lectureship. A recurring element of his approach was the consideration of how political discourse influenced the forms of scientific discourse and demonstration in Ancient Greece. After a visit to lecture in China in 1987, Lloyd turned to the study of Classical Chinese. This has added a broad comparative scope to his more recent work, which, following in the wake of Joseph Needham’s pioneering studies, analyses how the different political cultures of ancient China and Greece influenced the different forms of scientific discourse in those cultures. In 1989 he was appointed Master of Darwin College, where he remains as an Honorary Fellow. Presently he spends a part of each year in his other home in Spain,[citation needed] where much of his writing is now done. Professor Lloyd was elected a Fellow of the British Academy in 1983 and received the George Sarton Medal of the History of Science Society in 1987. He was elected to Honorary Foreign Membership of the American Academy of Arts and Sciences in 1995, to the International Academy for the History of Science in 1997, the year in which he was knighted for ‘services to the history of thought’. (Source: Wikipedia) 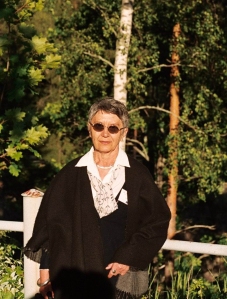 Prof. Rodica Amel is doctor in philological sciences. She is active in the field of modern linguistics: pragmatics, semiotics, philosophy of language. Researcher in the Linguistic Institute of Bucharest (department of theoretical linguistics) 1968-1984; affiliated to Tel-Aviv University (department of philosophy) 1987-1991 and in the last 7 years she was teaching semiotics, pragmatics and Hebrew in the department of foreign languages, Bucharest University. Among her publications are ‘Saturation Levels in Dialogue’ (Kodikas, 1989), ‘The Antithetic Reasoning’ (Manuscriptum, 1993) ‘Relevance and Justification’ (Semiotica, 1994), ‘Doxastic dialectics’ (Revue Roumaine de Linguistique, 1999), ‘The Probable and the Problem’ (ISSA Conference, Sic Sat 2011), etc.

This site uses Akismet to reduce spam. Learn how your comment data is processed.